UNDOING&DOING is a collective of artists reconsidering our roles in the systems and institutions that define our work and our communities. We confront the conditioning we have inherited from the grant-speak of art institutions through intertwined somatic and discursive practices. By connecting feelingful movement practices to vulnerable conversation, we orient ourselves toward novel ways of communal support. We dare to wildly imagine new social landscapes, and to dive into the messy nature of that process. We value emergent creativity rooted in discovery through play, equally as much as we value envisioning and building a future together.

UNDOING&DOING operates from a space of radical imagination as we seek a reinvention of society through experimental and non-hierarchical practices in dialogics, art-making, and direct action. We are actively working to build new systems of value outside of hetero-patriarchial capitalism. We cultivate spaces where it is possible to think and feel together, outside of normalized modes of artistic production, as to create from an authentic place of mutual support guided by the diverse, rich perspectives we hold. 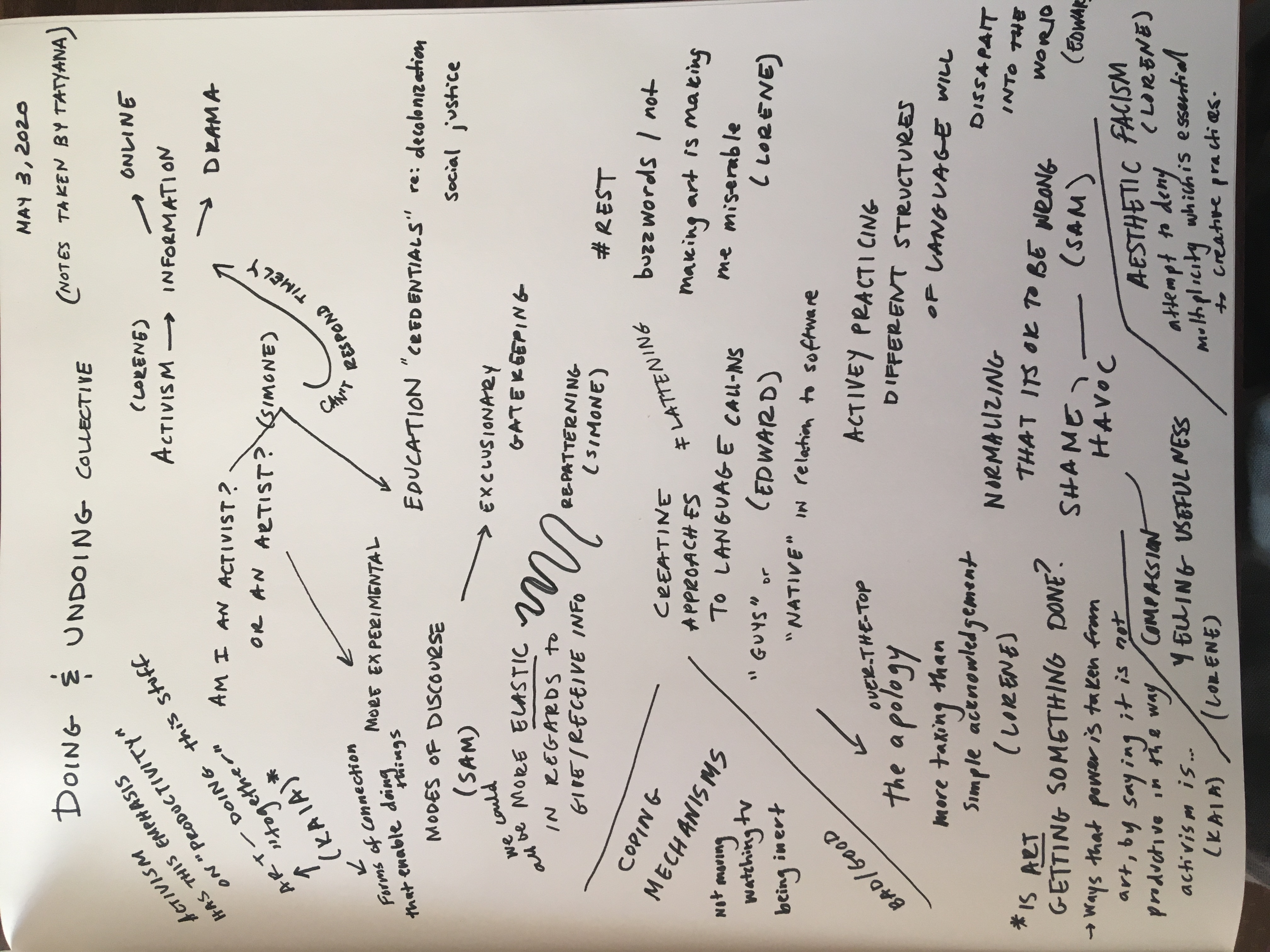 During our most ambitious performance intervention, we simultaneously engaged the audience in multiple activities pertaining to our in-progress mutual aid platforms. Through this engagement with a performative context, we aimed to share our in-studio process of troubling the mind-body divide, and honoring our multiplicity of perspectives and interests.

We began by soliciting participation in two different projects: a housing support platform and an anonymous, online psychological support group. Then, we divided the audience into groups. Some people were engaged in somatic experiments (walking and talking nonstop, lying down and listening to one’s breath, tuning in deeply in the midst of chaos). Others were engaged in a live game version of a screen-time accountability platform: phones were passed around in 30-second intervals of social media scrolling. During another game called REDIRECT, a “rapid-fire problem-solving method” was used to transform destructive notions like competitive art markets into healing ones like resource sharing.

An excerpt from the performance: